It may be messy. It may be frustrating. It may even be dangerous but the Catalan government continues to progress their case for independence with guile and right on their side.

From silly mistakes like allowing the King of Spain to harangue Catalans on prime telly to the very sinister and offensive actions of the Civil Guardia, the Spanish establishment led by Mariano Rajoy have become Europe’s democratic clowns, forcing other EU member states into embarrassing associations with violence against peaceful electors.

Boris Johnson’s FCO and personal tweets supporting the ‘rule of law’ as justification for the use of brute force by Spanish national police was misjudged to say the least, especially when imagery contrasted police attacks on Catalans from the end of the Franco era with what happened on 2 October.

The silence of so many European institutions such as the Council of Europe, Commission and European Parliament was deafening. The idea that the EU will not interfere in the internal affairs of a member state is a fig leaf, as was the excuse that the EU is a trade alliance only. Why then do we have European Arrest Warrants, a European defence and foreign security policy?

The EU widened its role from being purely economic to a more encompassing European cohesion project. It’s part of the reason so many Brits and Scots voted to Leave.  It also suggests that the rights of European citizens are not uniform as it is now clear that a European citizen can be battered for democratic activity by State forces in one member state but protected by police in another. 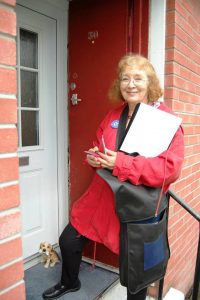 As for the rights and wrongs of law-breaking: nearly every EU state has supported those who have stood up to regimes that have denied their right to self-determination, peaceful protest and democratic expression. How can EU complain about China’s human rights’ abuse or Serbia’s oppression of Kosovan independence then turn a blind eye to a Franco-inspired Spanish Nationalism?

The Commission’s President Jean-Claude Juncker has not endeared himself to Scotland either. Whilst winking at Scottish independence support as reaction to Brexit in the past year, he has now declared that he doesn’t support more new states with alarmists suggestions that suddenly the membership of 27 could become 90! Seriously? This kind of hyperbole does nothing to endear the European Union to Scottish nationalists.

Meanwhile the Catalan President’s declaration of independence on Tuesday was expected to trigger a violent reaction from Madrid but Puigdemont’s clever offer for further talks as part of implementing the Parliament’s will has had the desired effect. Rajoy and his Socialist opposition counterpart have agreed that for only the third time since democracy was restored to Spain in 1978, Spain will consider amending its constitution.

Yet even with that, Rajoy still rattles the sabre by threatening ‘direct rule’ by suspending in part or whole, for a temporary period, the autonomy of the Catalan Parliament. He has even hinted at Madrid calling fresh elections to the Catalan Parliament yet at no point has he reflected on the likely impact on voting intentions. As Wendy Alexander might say, ‘bring it on!’