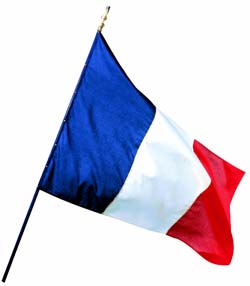 There is a bit missing in this tale set up to smear Nicola Sturgeon. Let me summarise: Nicola and the French Ambassador had a private meeting at which no UK civil servants were present.  A memorandum of what was said went out from the Scotland Office (the Westminster bit) which included some derogatory remarks about Ed Miliband, and complimentary remarks about David Cameron.  The writer of the memorandum said, in it

“… I have to admit that I’m not sure that the FM’s tongue would be so loose on that kind of thing in a meeting like that so it might well be a case of something being lost in the translation”.

Both Nicola Sturgeon and the French Ambassador are adamant that no such comments were made.  The French Consul General admitted he told an official at the Scotland Office about the meeting at which he had been present but has categorically denied any comments about other party leaders.

Interesting sidelights – the Foreign Office denied any knowledge of the memo, even its very existence, and it is not clear to whom the memo was addressed.  What is clear is that it was sent to the Daily Telegraph, who took no steps to verify it but devoted their front page to it. The meeting took place in February but we do not know when and to whom it was sent, but we do know it was made  public  after the Leaders’ Debate on Thursday which resulted in Nicola winning that debate, impressing the English audience and dominating even the metropolitan media – who had been trying to ignore her existence!

Alistair Carmichael, Secretary of State for Scotland until the Westminster dissolution (emotive word that) said it had come from his department (he was head of the Scotland Office when this meeting occurred) but that he knew nothing about it!  A spokesman for the Scottish Liberal Democrats said

“Alistair did not know anything about the memo until it was brought to his attention by the Daily Telegraph”.

We think the spokesman was Willie Rennie.

What Alistair Carmichael said was

“in the middle of an election campaign, these things happen”

whether he meant this justified the leak, or the smear or perhaps both.  Certainly the Sunday Herald said Labour have no access to restricted memos, and it  would be perverse for the Tories to leak something helpful to Labour.  That leaves the Liberal Democrats, whose fiefdom was the Scotland Office.