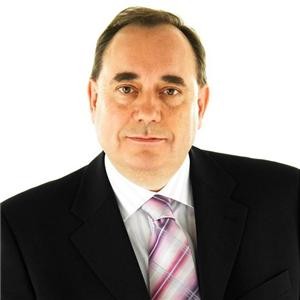 Today Alex Salmond, First Minister of Scotland and leader of the Scottish National Party announced his resignation from both posts; he accepted responsibility for failing to win independence and felt very strongly that the SNP would benefit from a new leader, and the Scottish Parliament from a new First Minister.

I am very sad that Alex is standing down, and this came as a complete surprise to myself and to all in the SNP. He has identified what we have all noticed and that is the grassroots campaign, non party political, and puts his trust in them.

However, while respecting his decision, I do not expect him to disappear, he will find a new role, which I think he must know – he’s always three moves ahead.

It is a mark of Alex’s integrity that he has taken personal responsibility. He is undoubtedly the greatest Scottish politician of his generation. He has led the SNP with distinction over a twenty year period and made a tremendous contribution. I am vexed that he has felt it necessary to offer his resignation. From personal experience, I know just how exhausting the responsibilities of leadership are and Alex had to carry also the responsibilities of First Minister of the Scottish Government. To form that Government and win a majority is his major achievement in a formidable political career.

I wish him and his wife, Moira a long and happy retirement.

I make no apology for republishing last week’s Flag introduction, as my prediction has come true, impossible as that may seem.

Promises – the siren songs
In 1979, before the Referendum, a former Prime Minister, Lord Douglas Home, Tory, said “Vote No and we will give you something better”

While Scotland did not vote No, not enough voted Yes to win the Referendum; the devolution project was dumped and the “something better” was Margaret Thatcher.

In 2014, before this Referendum, a former Prime Minister, Gordon Brown, Labour, has said “Vote No and we will give you something better”.

There was no devolution question on the ballot paper, Westminster’s rule, and thousands of postal ballots had been cast before this non option was mentioned!

Margaret Thatcher has gone, but this very week, Cameron, Clegg and Miliband are in Scotland trying to regain lost ground. Mr Farage of UKIP is coming up next week to support the Union, and London Mayor Boris Johnston is salivating at the prospect of becoming Prime Minister and sorting out these Scots.

The opinion poll that shook the world
Everything was coming along nicely, the opinion polls had shown a movement towards Yes that I had been experiencing on the doorsteps, and the No lead was being cut but not overtaken.

Then 10 days before the vote a YouGov poll showed Yes 51 No 49; as recorded above we had Cameron Clegg and Miliband up in Scotland, panicking, the pound fell and the market went down with share prices dramatically down particularly in Scottish companies.

This led to statements from banks, supermarkets, the oil industry and members of the financial services of the disasters about to befall us. The No campaign awoke from their torpor, Gordon Brown made more impassioned speeches and Labour activists, hitherto invisible in the campaign materialised from some where and starting charging up and down the streets; over the last two months I have campaigned in Ratho, Ratho Station, Kirkliston, South Queensferry, Corstorphine, Craigmount, Drylaw, Pennywell Muirhouse, Clermiston, Drumbrae, South Gyle, Carricknowe, Davidsons Mains, Silverknowes , Broomhall and others I cannot remember, and there were no Labour activists in view – must have been my failing eyesight.

As the scare stories ratcheted up the newspapers took full advantage of this manna, and gave headlines, even using slanted words when reporting any good news for Yes.

Opinion polls settled back to their previous pattern; how odd that the one poll that created all the mayhem just reversed within days – job done!

I wonder, yes I wonder.