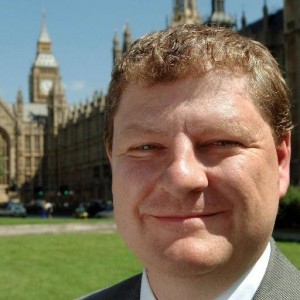 “Labour are pledging today what the SNP are already delivering for the people of Scotland.

“Scrapping hospital parking charges, free tuition, publicly-owned water, ending the Bedroom Tax, increasing renewable energy and expanding free childcare will all seem familiar to voters in Scotland – because they are already happening under an SNP government.

“And on Scotland, Labour can only mimic the Tories’ anti-independence obsession.

“In Scotland we don’t need a poor copy of the SNP, we need strong SNP voices standing up to the Tories at Westminster.

“But of course, no amount of headline-chasing policy announcements can paper over the enormous cracks within the weak and divided Labour party.

“Labour are not going to form the next government – so this election is about who can best stand up for Scotland’s schools, hospitals and pensions from unnecessary Tory cuts and an extreme Brexit deal which will put Scottish jobs at risk.

“It is the SNP who have led the opposition to the Tories at Westminster – and as is becoming clear in this election, Scotland is leading the policy debate in the UK.

“Now more than ever, it is vital to have strong SNP voices standing up for Scotland – only then can we protect Scotland from the dangers of an unopposed Tory government at Westminster”.

A second principal of a Scottish university has launched a blistering attack on the UK Government’s immigration policies which he claims are “hindering recruitment plans” following the Tory government’s decision to include overseas students in revised UK immigration targets.

Professor Craig Mahoney, principal of the University of the West of Scotland, has said the UK is positioning itself as less attractive to overseas students and academic staff.

It follows similar comments by University of Glasgow principal Professor Anton Muscatelli who suggested there should be a differentiated Brexit deal to safeguard Scotland’s interests – saying that while the rise in EU immigration “has gone some way to stabilising our population and added significantly to our economic activity, there is now a real and serious danger that this progress will be stalled or entirely reversed as a result of Brexit.”

The SNP has been opposed to the Tories’ immigration targets, and have repeatedly called for the reintroduction of the post-study work visa, which allowed international students to remain in Scotland and work after graduation. The call has been backed by businesses, colleges and universities, and has cross-party support in the Scottish Parliament amongst every political party represented in Holyrood. 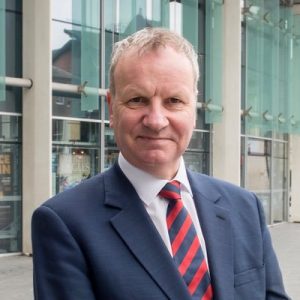 “Now more than ever, it is vital to have strong SNP voices standing up for Scotland – only then can we protect Scottish universities from the dangers of an unopposed Tory government at Westminster.

“Yet another university principal has condemned the Tories at Westminster for damaging immigration targets which will hit Scotland’s universities and the wider economy.

“The Tories in Scotland have tried to brush these criticisms off by claiming Scotland is not an attractive place to live which is absolutely absurd.

“The SNP will continue to work tirelessly to stand up for Scotland’s interests at Westminster in the face of some deeply damaging Tory policies.”

STURGEON: “GIVE US A MANDATE TO PUT SCOTLAND FIRST”

Nicola Sturgeon has said an SNP victory in the General Election will strengthen Scotland’s hand and give her party a mandate to demand that the Scottish Government is at the top table in Brexit negotiations.

Speaking on a visit to the Lanark and Hamilton East constituency with local candidate Angela Crawley, the First Minister said that only a vote for the SNP can stop the Tories at Westminster bartering away Scotland’s jobs and industries in Brexit negotiations. 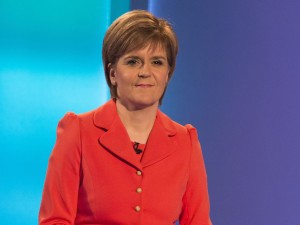 “Now, more than ever, it is vital to have strong SNP voices standing up for Scotland.

“While the Tories are willing to barter away Scotland’s jobs and industries in their Brexit negotiations, we will fight to protect our economy. We cannot let the Tories use this election as an opportunity to inflict real damage and hardship upon businesses, or let them get away with putting 80,000 Scottish jobs at risk.

“This election cannot be about giving Theresa May a free hand, it must be about strengthening Scotland’s hand.

“Strengthening Scotland’s hand against an unchecked Tory government which thinks it can just do what it likes and get away with it. 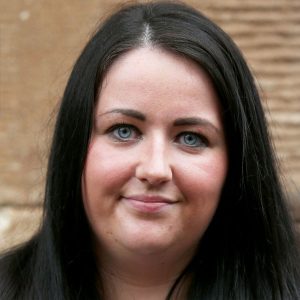 “Strengthening Scotland’s hand in Brexit negotiations by giving the SNP a clear democratic mandate to demand a place for Scotland at the top table — with our continuing place in the single market a fundamental pillar of the UK’s negotiating remit.

“And strengthening Scotland’s right to take our own decisions — to ensure that Scotland’s future lies in Scotland’s hands.

“The SNP will always continue to work to make our country the very best it can be.  In just over three weeks’ time people have the opportunity to make their voice heard loud and clear — by backing strong SNP voices who will stand up for Scotland.”