NOTE: This listing is for an electronic copy of the book in the standard EPUB format which can be read by most e-book readers such as the Nook, Kobo Reader, and Apple’s iBooks. This format is NOT supported on the Amazon Kindle. For the Amazon Kindle, please purchase the PDF version.

It covers the rise of the new leader, Alex Salmond, the referendum of 1997 giving approval to the creation of a new devolved Scottish Parliament and the election of a large block of SNP members to that Parliament in 1999 that led to a constitutional revolution within the SNP. This period was not short of trials and recriminations resulting in the election of John Swinney as leader and subsequently the return of Alex Salmond to the top job. 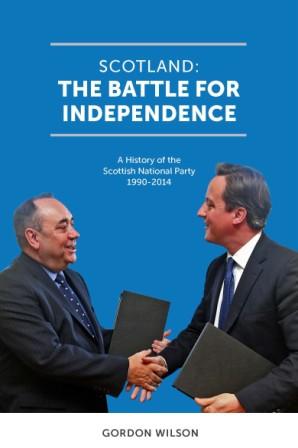 You're viewing: SCOTLAND: THE BATTLE FOR INDEPENDENCE (EPUB e-book format) £12.00
Add to cart