View cart “Wee White Blossom” has been added to your cart.

This is a post-indyref, poppadum-sized version of Blossom for folk who’ve already sampled the full bbuna. It updates Blossom with a new chapter on Scotland’s Year of Living dangerously. Lesley Riddoch shares her thoughts on the Smith Commission, the departure of Gordon Brown, the return of Alex Salmond and the latest developments in land reform and local control. She considers the future of the SNP, the Radical Independence Campaign, Common Weal, Women for Independence and Scottish labour in the aftermath of the referendum. This is a plain-speaking, incisive call to restore equality and control to local communities and let Scotland flourish 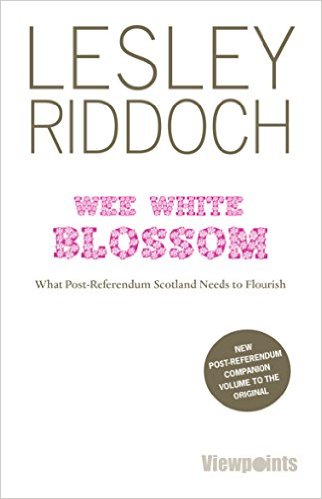