A Guid New Year to all our readers

By: Admin
In: Jim Lynch 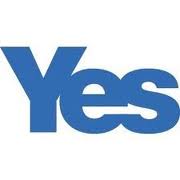 One phrase floating about just now is “interesting times”, which relates to the old Chinese curse “May you live in interesting times”, times full of turmoil! However the turmoil seems to be in the Unionist ranks so perhaps we can accept that.

I have to confess I am very wary of all the wonderful opinion poll findings which abound. There are two reasons for this, one – opinion polls are not votes cast but a promise of what is to be expected, and two – 48 years of experience in the SNP. We have been here before, not as pronounced or as long lasting as these current polls, but I have been swept up on a wave of emotion which dissipated as it hit the rocks – too many times.

Having sounded this note of caution, there is no doubt this is a more solid move but it has to be turned into action. Over the first five months of this year the SNP has to make use of the willing workforce which it now has. Too often in the past I, as a candidate, would get the “Never seen you at my door before” response. My stock answer was that there would be so many thousand doors in each constituency and no party or person could get to them all! The last time I put myself up for election was in the 1983 General Election in Dundee West, and there were around 30,000 doors needing chapped.

We must use our workforce to make contact with the people; every constituency should have canvass returns from the Referendum, and all the Yes voters must be visited, they should not be taken for granted, and they should be firmed up. I know that very many will be on course to do this but votes have to be cast to be counted, and the SNP has to have the organisation to do this.

I was very impressed with the workers I met during the Referendum, in fact I was inspired by them. There was I, a cynical old campaigner, working with many people who were passionately making the arguments I had used so long ago. It just seemed so right. We need to hold on to them – they are invaluable.

We will also have thrills and spills as to candidates and selection, and be very careful. In this instance we have to be aware of bandwagon jumpers, because the iron law of politics is: “If you don’t have bandwagon jumpers you don’t have a bandwagon”. The rules of selection are strict and have to be observed, and we cannot give any hostages to fortune. This is not to decry new candidates, we must use the vast amount of emerging talent we have at our disposal – a tremendous resource from the Referendum.

The Westminster General Election is not like a Scottish Parliamentary Election as it is under the first past the post system with no proportional element at all to help minorities The only way to obtain success for Scotland is to vote for an SNP candidate; the net effect of voting for other independence candidates would be to hand votes to the opposition. We require variety and commitment, not prima donnas. Our Parliamentary Group will have to work as a unit, and any weaknesses will be exploited by our opponents who have played this game often.

Sermonising over – let’s get stuck in.

Oppression of the poor
The oppression of the poor proceeds apace and would seem to be a deliberate tactic of Westminster; only last week the former Chief Medical Officer of Scotland, Dr Harry Burns was quoted as saying that the Westminster drive for austerity is insane, and is hitting the poorest hardest, but then an administration consisting of those from the monied classes cannot imagine what life is like for poor people. They all come out with the stock phrase “Hard working families”, the core votes they are after. They are oblivious to the fact that many hard working families are now relying on food banks because they are not earning a living wage.

We know we live in a wealthy country, we know that Westminster’s dedication to attracting big money to London means that wealthy people move there as they can avoid tax, the billionaires don’t move to London for the weather! And among these economic migrants are Vodafone, Amazon and Starbucks, to name just a few, who earn their money in this country but base themselves elsewhere to dodge tax, and Westminster not only condones this but encourages it.

Remember this, the financial sector created the turmoil and many made millions playing the system, and cheating the system, set up for their convenience – and so far no banker has been jailed, and don’t hold your breath.

London sees itself as the financial centre of the world and they have squandered untold billions to keep up their style. Now there’s a furore because oil prices are dropping. Just think, the Treasury has taken in untold billions of oil money over the last forty odd years – where has it all gone? Norway, with the same reserves over the same period salted money away with an oil fund – recommended to the Treasury by their Chief Economist Dr Gavin McCrone in the early Seventies. They did not take his advice. Norway, not controlled by London, has a fund of some £500 billion.

And as an afterthought I see Alistair Carmichael, Secretary of State for Scotland, rejoicing in the fact that an independent Scotland would be short of a few billions of oil money, which had his buddy Danny Alexander Treasury Secretary chortling along. Neither seem to have got the point that Scotland is not independent so we are not short at all. Mr Carmichael, who was volunteering to resign as Scottish Secretary and help the Yes campaign – until the opinion polls changed again, and Mr Alexander are both members of the disastrous coalition government, and it is the Treasury that will miss the cash most.