Theresa May’s de facto Deputy, David Lidington took to the Brexit Roadshow in a long line of UK Cabinet ministers stamping their authority on the process of leaving the EU.

Mr Lidington has reportedly sent a warning shot to Nicola Sturgeon telling her Brexit must not be used as an excuse to break up the United Kingdom. Prime Minister Theresa May’s ally said the UK is at a crossroads but severing ties would leave every one of the four nations “weaker and poorer,” even if Brexit has greater impact on Scotland than any of the other ‘home nations’.

In fact, referring to the UK as four nations is infuriating enough. Northern Ireland is not a nation. It isn’t even a province as the nine counties of Ulster is the true province, not the six that were partitioned so placate a protestant Unionist minority. 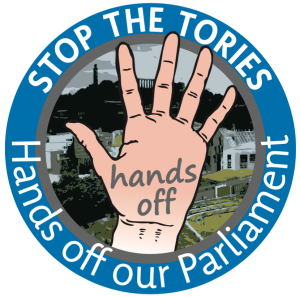 But I digress. We are told that the UK Government is at last going to table its amendment to Clause 11 of the EU Withdrawal Bill setting out which of the powers that are currently devolved but decided by EU law, will be handed to the Scottish Parliament. Or as suspected, held back by the UK Government in a neat little ‘power grab’.

Now, UK ministers will suggest that the vast majority, maybe even as many as 86, will be automatically passed to Holyrood. However, the 25 that are being held back are the important ones impacting on the likes of fisheries policy and agricultural support. It’s almost like someone saying you can have all the flowers in the garden but not the seeds, watering can, fertiliser etc.

Still, the haughty threats from Westminster are falling on deaf ears. They have had ample opportunity to spell this out since the 26 June 2016. Now we are seeing the Scottish Government, supported by the Scottish Parliament, taking the initiative by taking back control.

UK thinking was that EU powers would be handed back to the sovereign (in Westminster’s eyes) member state and then devolved again under various post-Brexit legislation. What they hadn’t countenanced was that the Scottish Parliament has a right to pass legislation and then require Westminster to consent, rather than the traditional other way around.

Already, Westminster back-tracked on the Sewell Convention being imbedded in law when the Supreme Court threw out the Article 50 challenge by the Scottish Government. Yet another Smith Commission recommendation that has proved meaningless.

So the EU Continuity Bill has formally been introduced to the Scottish Parliament to protect devolution and prepare Scotland’s laws for Brexit. The Bill is being introduced after UK Government legislation was called “incompatible with the devolution settlement” by a cross-party Holyrood committee.

Michael Russell, the Minister for UK Negotiations on Scotland’s Place in Europe said:

“Both the Scottish and Welsh Governments have today published EU Continuity Bills to protect devolution. The Scottish Government is opposed to leaving the EU in line with the overwhelming majority of people in Scotland, but we have a duty to prepare our laws for Brexit.

“We have offered to work with the UK Government on UK-wide legislation to do this job but they are insisting on taking control of devolved powers without the agreement of the Scottish Parliament. We could never recommend giving consent to such a law and therefore we must make our own preparations in devolved areas to provide certainty and to protect devolution.

“If the UK Government drops its power grab then it may still be possible to reach agreement, in which case we would not need to proceed with the Continuity Bill.”  The legality of the Scottish Government passing this kind of legislation will decided upon by the Lord Advocate but already the Presiding Officer of the National Assembly of Wales has approved the Welsh Continuity Bill.