The SNP’s Defence spokesperson has written to Michael Fallon warning the UK government against bypassing parliament in order to “fall blindly in line to the Trump tune,” with extended military action in Syria without approval. 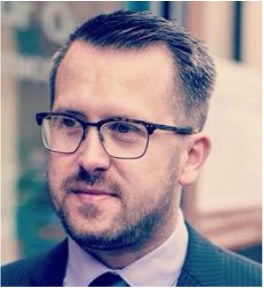 During Business Questions, Stewart McDonald MP raised Sir Michael Fallon’s TV interview in which the Defence Secretary stated that the UK “will fully support any US action”, reminding the UK government that any attempt to bypass parliament debate and vote for approval would show “complete contempt for democratic processes.”

Backed by Labour’s Clive Lewis, Lib Dem Jo Swinson, the Green’s Caroline Lucas and Jonathan Edwards from Plaid Cymru, Stewart McDonald MP submitted an Early Day Motion (EDM) that states that the House “must give its approval through a parliamentary vote before the government orders any military action in Syria outwith the very specific conditions set out in the motion passed by this House on 2 December 2015.

The letter to Michael Fallon also follows comments made by Foreign Secretary Boris Johnson in April who described parliamentary approval as an assumption which “needed to be tested.”

“The comments from the Defence Secretary to back any and every US military action in Syria follow on from similar remarks from the Foreign Secretary, and shows complete contempt for this parliament and democratic processes.

“Such consistent rhetoric seems to have become commonplace for UK government ministers – suggesting taking military action without a mandate. It would be unacceptable for the UK government to turn rhetoric to action and bypass parliament in order to once again fall blindly in line to the Trump tune.

“Michael Fallon’s interview is another step in the worrying direction the UK government is taking in changing the nature of the conflict in Syria to please the Trump administration – without any case being made, without any strategy and without any approval.

“The SNP has long argued that any intervention in the Syrian conflict must be done on the basis of a comprehensive military and diplomatic strategy but, according to even the US Secretary of Defence, this is plainly not the case.

“If indeed the UK government is intent on blindly following the US administration then they must first come to parliament for a debate and a vote before pursuing extended military action and changing the nature of the conflict.

“SNP MPs will continue to call on the UK government to end its futile and ineffective military bombardment of Syria and instead channel all efforts in finding a lasting political and diplomatic solution, as well as planning for post-conflict reconstruction.”

The SNP Defence Secretary’s letter to Michael Fallon is available upon request.

The SNP has condemned David Mundell for his failure to stand up for Scotland after it was revealed in a letter from the Treasury that there has been no increase in overall UK departmental spending as a result of the Tories’ deal with the DUP.

The admission, by Chief Secretary to the Treasury Liz Truss in a letter to the Scottish Government, means that other government departments face cuts, which would see reductions – so-called negative Barnett consequentials – passed on to Scotland. 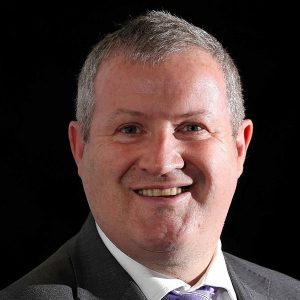 This follows newly-elected Scottish Tory MPs failing to oppose the deal or to secure any benefit for Scotland, in contrast to the boats that they have made since the election.

“This letter has let the cat out of the bag – David Mundell’s cave-in over the grubby deal with the DUP risks seeing Scotland’s budget cut.

“The Treasury’s admission that there has been no increase in overall UK departmental spending as a result of the deal has given the game away.

“It is a smoking gun, which exposes the fact that other departments now face cuts to pay for this Tory cash-for-votes stitch-up – and that means Scotland faces cuts too.

“So – far from standing up for Scotland as he promised – David Mundell’s craven surrender means Scotland could actually end up worse off.

“Mr Mundell’s role in this has been a fiasco – only a week ago he said he would not allow any extra cash go to Northern Ireland without similar benefits coming to Scotland.

“But he went back on that promise, and the result is Scotland’s budget now faces being slashed.
“David Mundell has shown he is not fit for the job of Scottish Secretary and his credibility lies in tatters.

“Why is it that 10 DUP MPs can extract £1bn for Northern Ireland but 13 Scottish Tory MPs are unable to extract one single penny for Scotland?

“This whole episode has exposed Ruth Davidson’s post-election boasts have been exposed as empty bluster.”