How David Saved Scotland and Other Thoughts 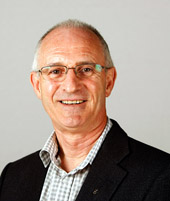 At the Spring Conference in Aberdeen this year I was sitting beside Veronica Thompson, wife of Dave Thompson, MSP for Skye, Lochaber and Badenoch until he stepped down at the 2016 Scottish Elections.  The Conference hall was packed, and I remarked to her “Very few people in this hall will know who Dave Thompson is and what he achieved”

This set me thinking and this May is the 10th Anniversary of the dramatic SNP win in May 2007, with one seat more than Labour, so I dusted down the old SI file and brought up the report from John Jappy – published in the Scots Independent of July 2007 and reproduced below.

It was the moment of final drama. All eyes and ears settled on Inverness where the final results of the elections for the Scottish Parliament were to be declared, which would decide whether Labour or the SNP would run the next Scottish Parliament.

It was late on Friday afternoon when Arthur McCourt appeared with the figures for the eagerly awaited results of the votes cast for the 7 Regional List Candidates for the Highlands & Islands.   He first called the candidates forward privately to announce the result.  According to his spreadsheets the 7 seats broke down, 4 Labour, 2 Conservative and 1 Green.   The sharpness of the SNPs David Thompson who had all night watched the results emerging spotted that something was wrong.  He challenged the figures.  McCourt, somewhat indignantly said “I suppose you want to see the calculations”.  As David stood directly in front of him and said “Yes, Please”, his agent Angus Walker stood right behind him.  McCourt went off.  Half an hour passed before he re-appeared.

With profuse apologies he announced the correct result, 3 Labour, 2 SNP and 2 Conservative, which in the final totals for Scotland gave the SNP victory, with the lead of a single seat.   Had David not made this vital challenge, Labour would have been declared the winners and not the SNP.   Our heartfelt thanks go out to David for his speedy reactions and so becoming our 47th MSP.

It is matter of wonder how this nearly slipped through;  the elections of May 2007 and the counts were chaotic.  The Labour/Liberal coalition had agreed new  methods for the Scottish Parliament and local government and the figures were all over the place, lost ballot boxes – not in the Highlands!- and spoiled papers galore.

We cannot estimate “what ifs” and make any extrapolations but “No Dave Thompson – No SNP Government”.

Following on from the above, the Tory MSP John Lamont resigned his seat in the Scottish Parliament to stand against Calum Kerr in the Westminster  General Election.  Interesting checks and balances here.  I think that Regional list MSPs can run for Westminster without resigning their seats, as their place in Holyrood would automatically be filled by the next person on the list; in the first Scottish Parliament we had dual memberships during the set up.  However, Constituency MSPs have to resign. 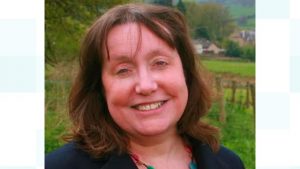 The link with the first item is that the SNP candidate is Gail Hendry, sister of Alex Salmond.

How deliciously ironic would it be if Mr Lamont did not succeed in unseating Calum Kerr, and the Tory Holyrood candidate did not win the by election;  this would leave the Scottish Parliament with 64 SNP members, 30 Tories, 24 Labour ,  5 Liberals and 6 Greens – 65 in all on the Opposition benches, of whom the Greens are more likely to vote with the SNP, than with the Unionists.

Ah well, one can dream

Having heard the phrase “Once in a generation” uttered as a Unionist mantra  now amplified with “No second referendum” we still haven’t a phrase that converts a five years parliamentary term to  two –  maybe we should call them the “40 per centers”.  By the way, for all Unionist readers that is the correct spelling for the phrase.

This reminds me of the education issue, before I retired (21 years ago) I would get irritated when staff presented me with figures that were hopelessly inaccurate.  I never reacted angrily because they did not know any better, the teaching of arithmetic had excluded Tables, as they were old fashioned and learning by rote was old hat.  Whereas I could look at a figure and know immediately if it should be 20, 200 or 2,000 staff would not  know the exact location of a decimal point.

Probably explains why the UK is trillions in debt, clever folk with cheap calculators.

In similar fashion when we hear that school children are weak on writing, my wife reminded when my youngest granddaughter wanted to know the spelling of a word she looked askance at being told to look in a dictionary, and said “Just Google it!”.  To put this into perspective, she is now at University in Pennsylvania – a sports sponsorship dependent on the number of Highers she got.

Also I wonder if educationalists never consider how young people manage to text, at the speed of light!

Problems with mobile phones, computers, printers etc  can be solved by any of my family;  I am technologically illiterate – just too old!

The recent news that Russia has decided that Scottish Independence must be opposed seems a bit peculiar.  When this occurred just this week, I was reminded by our man in Surrey, Andrew Kerr, that in January 2014, the then Prime Minister, David Cameron, had written to Mr Putin asking for his support in opposing Scottish Independence.

What a remarkable wee country Scotland is – for some reason we frighten the Super powers, Russia, the US – the UK……

Not a lot of astonishment about  as Tory leader Ruth Davidson decides after a career of opposing free prescriptions that this is a good idea after all.  Her reasoning is that people like the policy so why not?  Issues of principle  can change depending on the mood of the people, so Ms Davidson jumps on a free prescription bandwagon.   Reminds me of Groucho Marx’s comment  “Them’s my principles, but if you don’t like them, I have others”.

Just yesterday I was on the bus going into Edinburgh when I noticed that the Conservative rooms in Roseburn were headed “Rt Hon Ruth Davidson MSP”.  This took me somewhat aback as I had been unaware of the fact that she had been made a Privy Counsellor; I checked and she had been made a Privy Counsellor in July 2016.  At the same time the First Minister of Northern Ireland was appointed one as well, a logical choice.

There are several hundred Privy Counsellors, the first one ever for the SNP was Donald Stewart,  MP for the Western Isles when he was leader of the SNP group at Westminster in 1974.  I know Alex Salmond was made one when he became First Minister, and Nicola Sturgeon when she became First Minister; more recently Angus Robertson as leader of the SNP at Westminster.

I do not recall if leaders of the Opposition in the Scottish Parliament, Wendy Alexander, Ian Gray or Johan Lamont ever became Privy Counsellors, or if people retain the appellation after they demit office or perhaps get kicked out– I think perhaps a can of worms around this mysterious group.

One of my favourite quotes from the late Oliver Brown concerned his debunking of the various obscure Westminster Parliamentary titles. Oliver wrote “The Lord Privy Seal is neither a Lord, a privy, nor a seal”.  Oliver would have had a lot of fun with the motley crew at Westminster, but would not have been inclined to miss Holyrood either.

As far as we can ascertain at this stage the Unionist parties in Scotland are not promoting policies, but have based their whole campaigns on stopping the SNP.

At this moment on my desk is the Liberal super glossy leaflet, the second such to arrive, and the first item is “Stop another divisive referendum”; after that “Oppose the Conservatives’ damaging hard Brexit”, then “Invest in Scottish education and mental health”. Very expensive leaflet, wonder where they get the money, do not know if the expense allegations for the Scottish Parliament have been laid to rest.

Their leaflet, their words, their priorities.  In the very, very small print at the bottom – printed by MBM printers East Kilbride, followed by the Election Agent’s name and address.  Then it states “Published and promoted by T Gordon on behalf of the Liberal Democrats at 8-10 Great George Street, London SW1P 3 AE”

So far I have not received  any literature from the Tories or the Labour Party, but as far as one can gather from Press Releases we will get the same message.  They are concentrating on the anti independence referendum mantra because they have no clear plans. It has not yet dawned on them that a referendum is at least two years away.

Having said that, there is no doubt at all that they are concentrating all their efforts to stop a second referendum.  Jeremy Corbyn, from being nonchalant about a referendum has switched to being a vociferous No to a second referendum.  I wonder if he was persuaded by Kezia Dugdale, whose confusing plea for a new Act of Union was totally ignored by Mr Corbyn.

Labour’s manifesto is largely a mirror image of what we already have in Scotland – see SyNoPsis.

Very pleased to see Nicola Sturgeon demanding a seat at the Brexit talks table, this will be strongly resisted by Mrs May who prefers English privately educated schoolboys, as she can make them do her bidding.

What she does not want is a Strong, Steady, Stubborn Sturgeon, who is cleverer and more politically astute than she is.